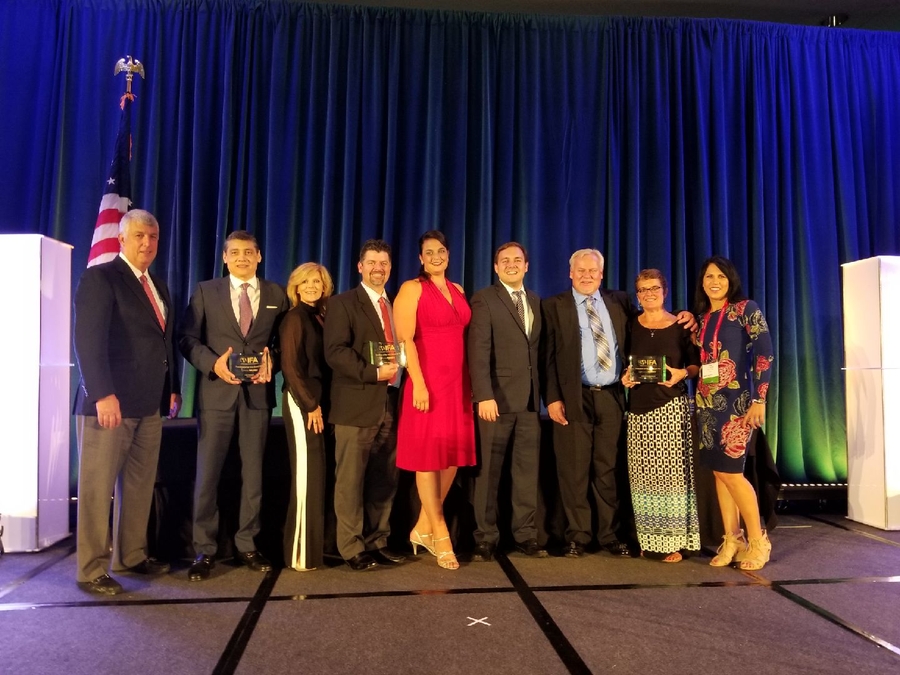 Honorees Include Franchisees from Signarama, Fully Promoted and Venture X

WEST PALM BEACH, FL, September 06, 2018 /24-7PressRelease/ — Last evening, franchisees from SAR, FP, and VTX received the Franchisee of the Year award during the Franchise Action Network’s (FAN) Annual Meeting in Washington D.C. Among those recognized during the awards ceremony include Signarama’s Bob Chapa, Fully Promoted’s Mike and Becky Besaw and Venture X’s Luis Fonesca. Just six months ago, Signarama of Troy franchisee Bob Chapa was recognized during the International Sign Association conference for generating $7 million in sales in one year. Chapa, who enjoys mentoring new franchisees about the importance of brand building and innovation, was once again recognized for his success.

“This award is a testament to the power of franchising, how far franchisees can go as entrepreneurs and the huge potential we have to build our brands because of the support that we receive from our franchisor,” said Chapa, who has been a franchisee with United Franchise Group’s (UFG) Signarama brand since 2005. Chapa was joined by fellow UFG franchisees, San Antonio Venture X’s Luis Fonseca, who oversees three Venture X locations in Texas – San Antonio, Brownsville and Harlingen, and Mike and Becky Besaw, Fully Promoted franchisees from Wausau, Wisconsin.

“I took a chance on the brand by opening the first location and it has clearly been a success,” said Fonseca. “We couldn’t be happier and prouder of this success and award, which also goes to all who have helped us make this dream a reality.” The San Antonio franchise was Venture X’s first location and has been so successful that it had to open two additional locations. Just fresh from celebrating their one-year anniversary, the brand has plans to expand by adding a second floor.

“Please join us in recognizing the outstanding UFG franchisees who have made a significant impact on our brands and the franchise business model,” said UFG’s founder and CEO Ray Titus. “We are extremely proud of their accomplishments.”

The annual FAN meeting is hosted by the International Franchise Association (IFA), the world’s oldest and largest organization representing franchising worldwide. The meeting offers franchisees and franchisors the opportunity to meet directly with members of Congress on Capitol Hill, share their top business concerns, receive the latest information on the legislative issues that impact their business, network and share best practice tips with fellow IFA members.

“We are looking forward to witnessing the success by our fellow franchisees from Signarama and Venture X and to taking advantage of the incredible tools that this event offers,” said UFG’s Fully Promoted franchisees Mike and Becky Besaw.