Georgia U.S. Senate Candidate Buckley Says The Next Ten Years Could Determine The Fate Of The Nation

ATLANTA, GA, June 04, 2020 /24-7PressRelease/ — Allen Buckley, a fiscal conservative independent candidate in the special election race for the U.S. Senate seat currently held by Kelly Loeffler, says the next ten years could determine the fate of the United States.

For many years, the CDC had warned about a potential pandemic, for which it would not be able to produce an effective vaccine on a timely basis. Few listened. Similarly, for many years, the GAO, CBO and credible financial organizations outside the federal government have been warning of a looming federal debt crisis. Similar to the pandemic warning, few have listened. In 2007, when total federal debt was less than $9 trillion, the GAO said: “GAO’s current long-term simulations continue to show ever larger deficits resulting in a federal debt burden that ultimately spirals out of control.” Now, total federal debt is roughly $26 trillion.

A March 7-8, 2020 Wall Street Journal article titled “Global Outbreaks Are Likely to Continue” includes the following quote from Peter Daszak, president of EcoHealth Alliance, a New York-based nonprofit research group that built a database tracking disease events locally: “I’m not holding in my bunker right now. We’re going to get hit by a much bigger one sometime in the next 10 years.”

On June 1, 2020, the CBO reported that it will take the better part of a decade (i.e. 10 years) for the U.S. economy to recover from COVID-19. Given the deficits run after the Great Recession, it is very likely that Congress will run very large deficits after 2020, justifying doing so based on the CBO’s June 1st report. At the same time, the Daszak prediction will be looming.

Buckley said: “The fate of our nation could be determined over the course of the next decade. If Republicans and Democrats remain in power and do as they have in the past, we’ll see huge deficits and huge increases to the debt over the next decade. If Mr. Daszak’s prediction comes true, and he is highly respected, the nation’s debts will likely spiral out of control within ten years when a major pandemic hits. If that happens, the stock market will collapse. To prevent such from happening, I advocate getting our nation’s financial house in order and beginning balancing the budget and even running small annual surpluses beginning no later than 2022, assuming we are not hit by another major problem before then.”

Mr. Buckley’s “Save Tomorrow” campaign is about living for today and tomorrow, instead of living for today to the detriment of tomorrow. The focus is on doing things to make tomorrow as good as or even better than today, by acting now to address the nation’s financial challenges and confronting global warming in a practical way.

Buckley ran against Johnny Isakson in 2016 as the Libertarian Party’s candidate. In an October 20, 2016 poll by The Atlanta Journal-Constitution, he drew 11 percent of the vote.

Mr. Buckley is an attorney/CPA. He can be reached for comment at (404) 610-1936. Mr. Buckley’s campaign website is www.buckleyforsenate.org.

Taking Innovation Back to School 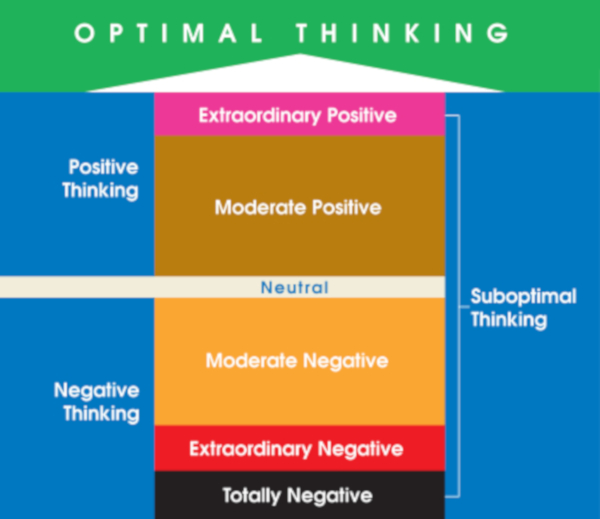 Why Moderates Will Never Confront Extremists —Whether in Business or Politics — According to Best-selling Author, CEO and Executive Coach