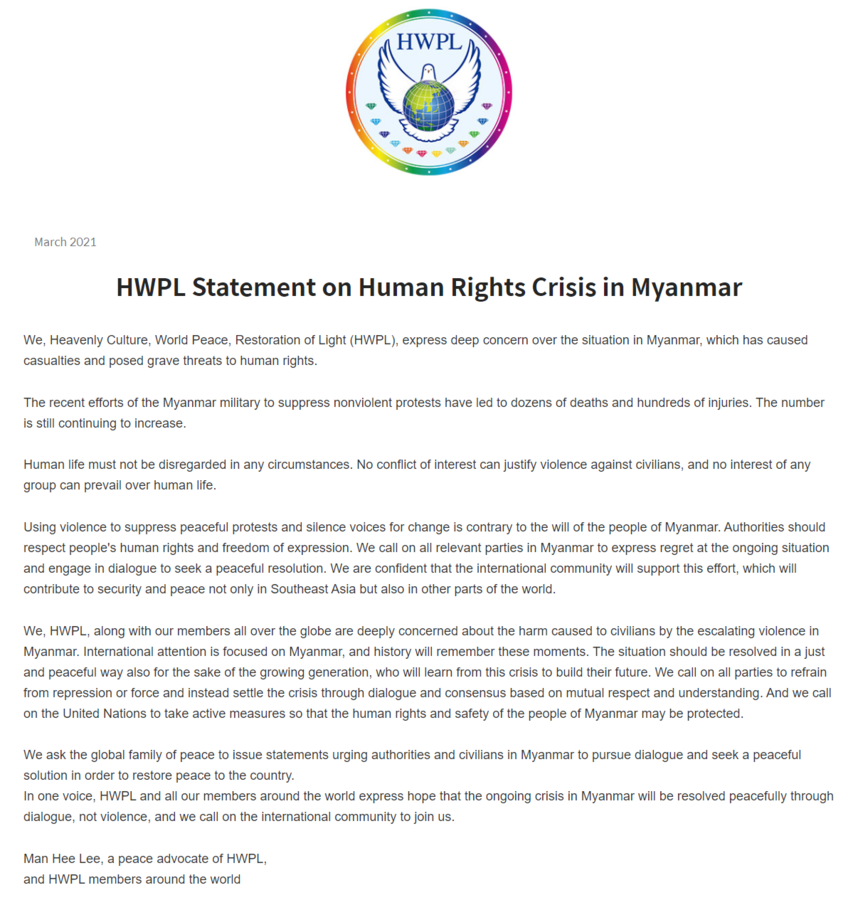 In a statement issued in late March, an International Peace organization in South Korea criticizes attacks on protestors in Myanmar and suggests solutions for peace.

SEOUL, KOREA, March 29, 2021 /24-7PressRelease/ — An international NGO named HWPL, headquartered in South Korea and affiliated with the UN ECOSOC, issued a statement expressing deep concern about the crisis of human rights arising from the recent military coup and mass protests in Myanmar, calling for the international community to join in efforts to support peaceful approach to resolve the current conflict in the country.

On the “HWPL Statement of Human Rights Crisis in Myanmar”, the organization announced that global actors with one voice are encouraged to display their support for conflict resolution through the channel of dialogue between the military and civil society actors.

In the statement, it said that hundreds of deaths and injuries were caused by “the recent efforts of the Myanmar military to suppress nonviolent protests” and highlights that “no conflict of interest can justify violence against civilians, and no interest of any group can prevail over human life.”

It asked all parties in Myanmar to “settle the crisis through consensus based on mutual respect and understanding” and “engage in dialogue to seek a peaceful resolution.” And it further asked global actors to “issue statements urging authorities and civilians in Myanmar to pursue dialogue and seek a peaceful solution in order to restore peace to the country.”

“The number of deaths from protests exceeded 200, and more than 2,000 people have been arrested by the military. We, the people of Myanmar are very glad Korean people and HWPL, as a peace advocate, supports our democracy and peace movement. Currently, we are demanding international pressure against the military regime, in order to stop their brutality against peaceful demonstrators,” said Kasauh Mon, President of Mon News Agency in Myanmar.

For the past five years, this international civil society advocacy for peacebuilding led by HWPL has shown support and initiatives at the national and international levels. The organization collected over 730,000 letters written by citizens in 176 countries to call for development of peace in each country, which led government and social leaders to express their support and engagement. 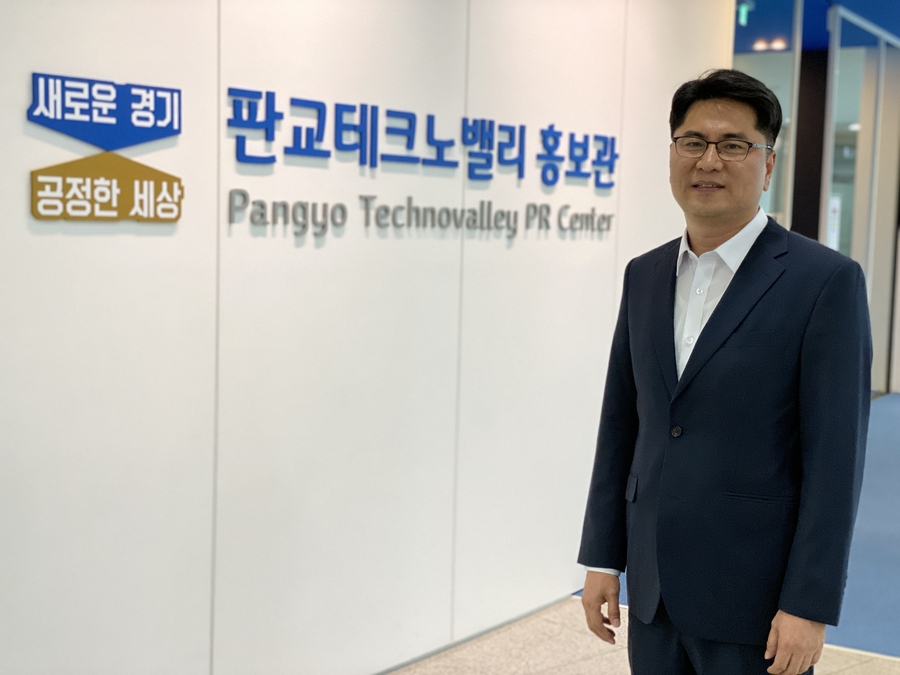